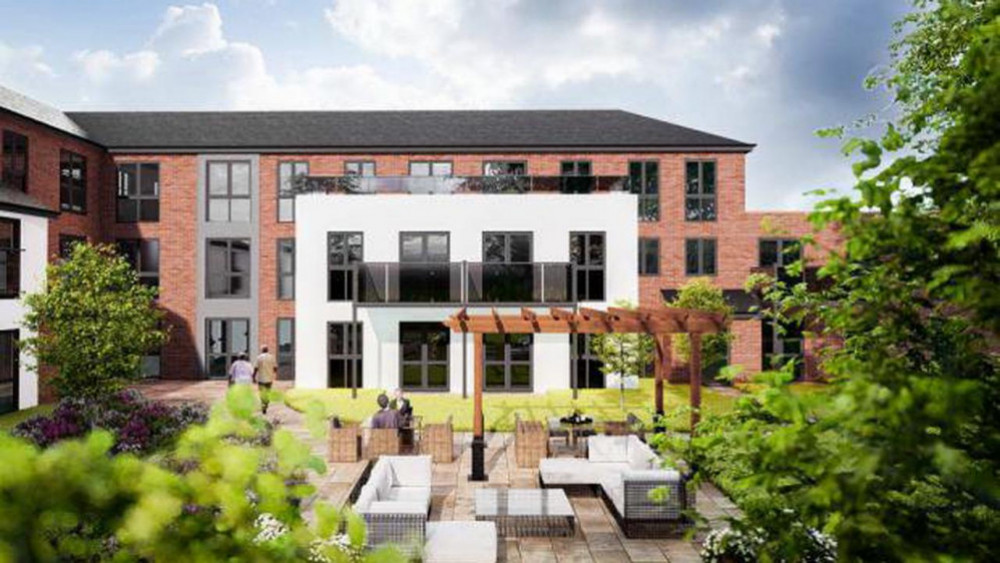 A CAD image of how the proposed development might look

An application to build 37 flats for older people in Heswall has been refused by Wirral council for being "overbearing."

The one and two-bed units would have been situated in a three floor building on Well Lane in Heswall next to the Devon Doorway roundabout and Shell service station.

(You can read more about the application by clicking or tapping here.)

McCarthy Stone was behind the application and bills itself as "one of the UK's leading retirement house builders and provides 70% of all specialist accommodation for the elderly."

They said the development would "provide a proficient level of accommodation whilst also producing a building that sits appropriately within its immediate context." Parking as well as a communal garden and patio were also in the designs. 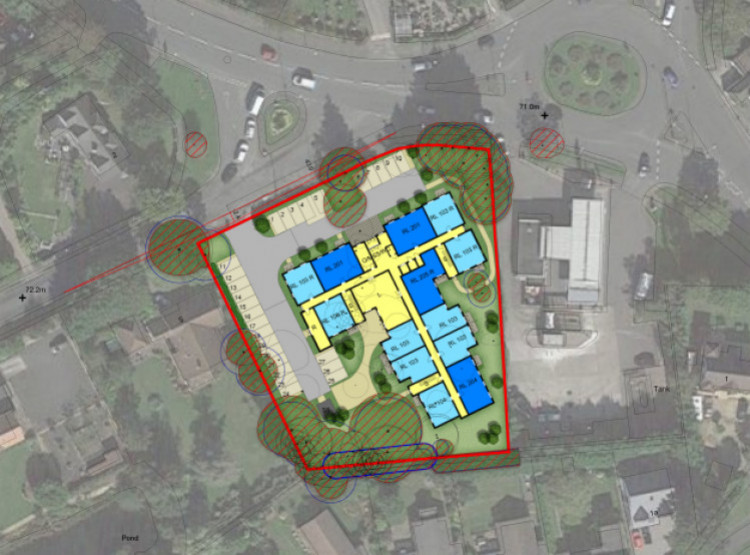 The developer's site plan: the Shell service station on the right, and the Devon Doorway roundabout above it.

However Wirral Council's Interim Director of Regeneration and Place Sally Shah said the development would result in "a scale, design and form of development that fails to relate sufficiently" to the surrounding area and would be "poorly landscaped."

She added: "The height and mass of the development would result in an over development of the plots, creating an overwhelming and overbearing development that would give rise to a detrimental impact on the character of the area."

McCarthy Stone will have the right to appeal the decision

Heswall councillor Andew Hodson welcomed the news. He said: "A lot of discussion has taken place between myself as local Ward councillor and the planning department.

"I would also like to thank Nicky Hurst, a local resident, for her involvement in raising a petition. We have got the result we wanted after quite a drawn-out process.

"If this application had been allowed it would have affected local residents especially those living in Thornton Crescent. Driving down Telegraph road, it would have changed the whole sky line for the worse and this decision will please a lot of residents."

Those opposed said the development was "totally out of character with the surrounding area" and would make the roundabout more dangerous.

The Hive, Birkenhead: a powerful little video and an important Christmas mission