Some good environmental news: once 'dead' River Mersey is now full of life 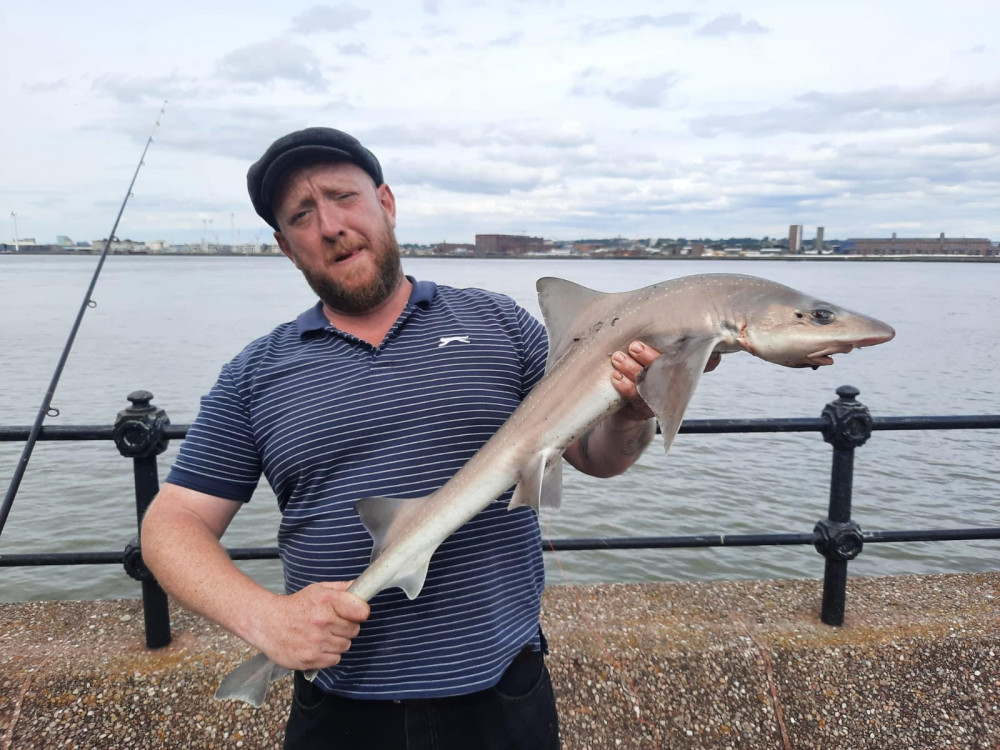 The River Mersey has been labelled "the best environmental news story in Europe" after sharks and rare fish were located in it.

37 different species of fish were caught by anglers in 2022, just a few decades after the river was declared "biologically dead" from industrial and sewage pollution.

Mike Cuddy works for the Mersey Rivers Trust, a charity that works to improve the river for both the people and the wildlife who live by it. He said last year's catch was nearly two and a half times the number of species found in 2002.

Mike said: "Over the last 30 years, there's been this tremendous regeneration, this renewal of the River Mersey that started slowly but is now picking up pace. I still think we're right at the beginning of something special." 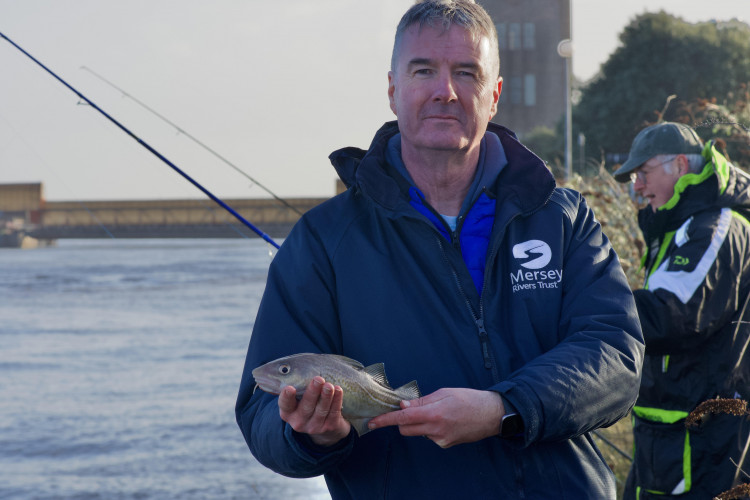 Five different types of shark have been found as well as huge eels, sea scorpions, restaurant delicacies like turbot, and the very rare smelt. Mike believes smelt may even be breeding in the estuary.

Mike said even in 2002 when surveys were done before building the Mersey Gateway Bridge, no more than 15 species were found. He expects to find 50 next year in the second year of a competition to find out how many fish are in the river.

Alex Campbell, from Seacombe, has been fishing since he was 8 but said people have no idea of the "amazing ecosystem under the surface."

He added: "When I was a kid, it was just common eels and flounders which are pretty pollution tolerant. Then we started picking up cod and other types of fish in the water. We're now getting what I call 'holiday species'"

Mike believes "the Mersey is now one of the best habitats around, adding: "It's the best environmental good news story in Europe without a doubt. Everywhere else nature is in decline but in the Mersey the wildlife-ometer is in the red and it's got loads and loads to go.

"It's full steam ahead. David Attenborough talks about an environmental crisis but the Mersey is not."

Mike thinks this could be a boost for the environment across the whole region and into North Wales. He points to humpback whales being spotted off the coast of Liverpool in 2015 for the first time since 1938 and a 10ft mako shark being found in north Wales in 2014.

In the Mersey itself, there are otters, octopus, salmon, seals and even porpoises. 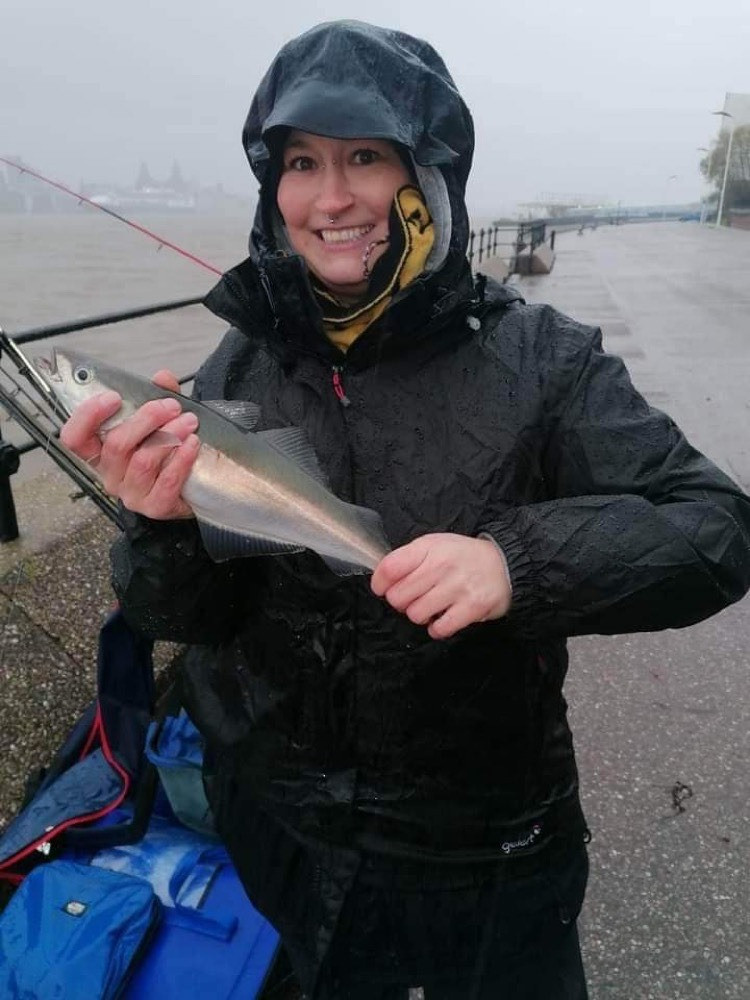 Kiera Tuck caught a cole fish on her first go, the only angler in 2022 to catch one. Credit: Kiera

KieraTuck, from Seacombe, got involved after walking past one day as someone was fishing a shark out of the river and now brings her child along.

She said: "I'm just obsessed now. I'm listing everything I want to buy. It makes me proud. My friend tagged me in the species list and I was amazed. I swam in that river and didn't realise there were that many fish in there."

Mike pointed out that it is not all good news when it comes to the Mersey. While the LDRS was there, three wet wipes were pulled out of the river.

Mike said: "This is part of the ongoing issues with the Mersey. Instead of catching fish, we're catching wet wipes and masks.

"We've come on a journey where Liverpool had no waste water treatment works but now it does. United Utilities have improved wastewater treatment across the north of England. That's why our rivers are full of fish but we're only part way there.

"We've got an old style system and the capacity isn't large enough for the size of the population. There's loads of things United Utilities can do to improve waste water and improve water quality. That's why I won't swim in it."

He called for United Utilities to invest more money into improving infrastructure. He believes that if this happened, current progress would have happened in half the time.

A United Utilities spokesperson, said: "We're proud to have been a key partner in the Mersey Basin Campaign and since 1991 we have invested around £3bn in our treatment works and sewer systems to play our part in improving the water quality in the basin.

"In recent years, this has included a £200m extension to Liverpool wastewater treatment works, £13m on schemes in Sefton to reduce flooding and spills and installing new technology to monitor the sewers in the region to understand their performance and spot potential issues. We're pleased that our investment has had a positive impact with the wide variety of aquatic life that continues to return to the Mersey.

"We agree that there is more to be done though and that's why last year we launched our Better Rivers: Better Northwest campaign. In the next two years we will be investing £230m improving 184km of waterways by reducing overflow spills across the North West. We are also currently prioritising our plans for further investment from 2025 onwards, which will see one of the biggest environmental improvement programmes ever delivered.

"We want to work with others as well, and we are in discussion with local authorities to see how we can more effectively manage rainwater at source, developing more sustainable urban drainage systems. The public can also play their part by remembering that things like wet wipes should not be disposed of down the toilet. Only the three Ps should be flushed – pee, poo and (toilet) paper."

Mike and his group are making a list of all the species they catch which the Rivers Trust will then take to councils and government organisations like Natural England.

Cllr Liz Grey, who heads up Wirral's environment committee said: "This is really good news that more species and rare ones are being found there. We've come such a long way from the awful polluted mess it was becoming when I was young.

"However we've got to be vigilant and protect all those species and ourselves from any pollution, especially plastics. That is the responsibility of everyone using the river right from its source to the mouth." 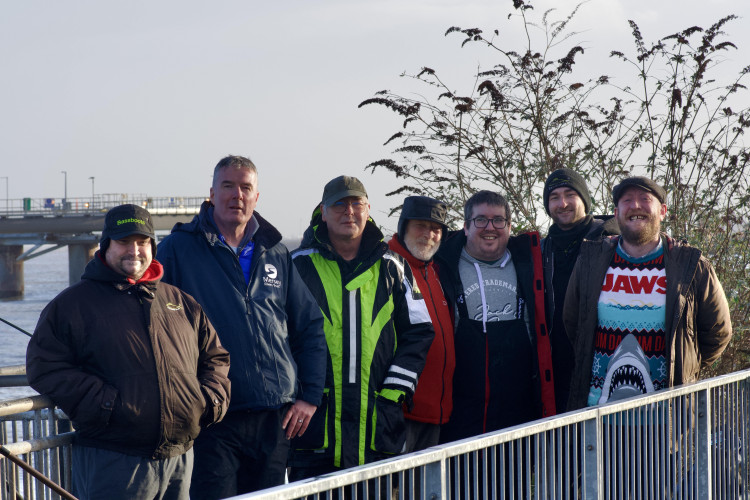 The anglers discovered the Mersey now has at least 37 species of fish. Credit: Edward Barnes