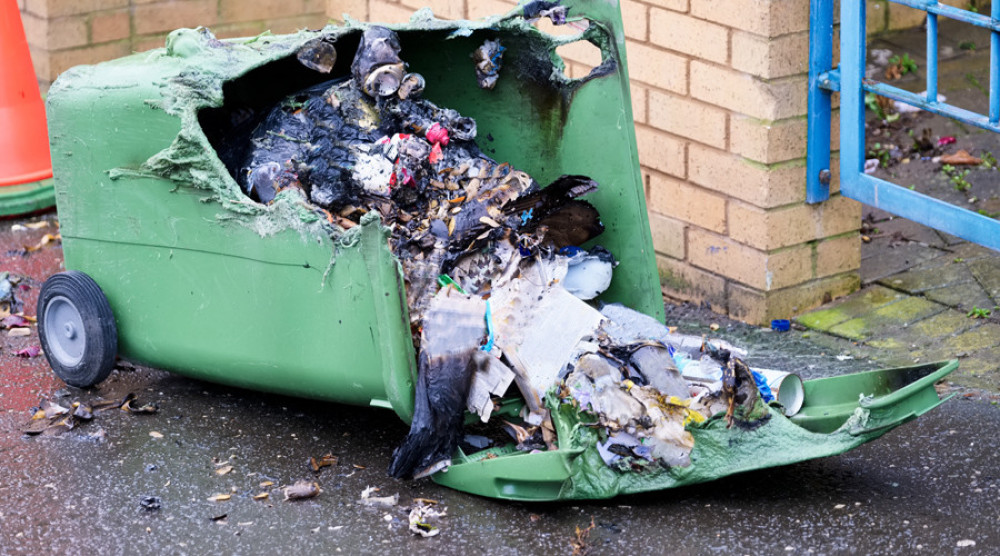 A has bin - setting one alight is a wheelie bad idea...

This time of year often sees a rise in anti-social behaviour and other incidents and is one of the busiest times for the Fire Service, so keep these handy tips in mind to stay safe during this year's celebrations.

Take your bins in

In recent years, there has been a spate of incidents caused by setting wheelie bins on fire during the Bonfire period. Only put them out on collection day and as soon as it has been emptied, you should bring your bin back in.

Already this year, since the start of October, crews from Merseyside Fire and Rescue Service have dealt with 44 fires linked to wheelie bins and refuse containers across Merseyside, 14 of them since the 19th October.

With the risk of arson attacks on wheelie bins likely to increase in the run up to Bonfire night itself, residents are being asked to be extra vigilant and keep their bins in safe areas.

Last year, over the bonfire period, Merseyside Fire and Rescue Service removed 54 tonnes of materials from the streets of Merseyside that could have been used to start a fire, including wood, mattresses and rubbish.

If you see a build up of combustible materials that could be used on a bonfire, report to Merseyside Fire and Rescue

Buy fireworks from a reputable source

If you're planning on having your own firework display, it is important to buy your fireworks from a trusted, reputable source such as a supermarket. Only buy fireworks from retailers who are registered with Merseyside Fire and Rescue Service.

Unfortunately there will be no council-organised community firework displays in Wirral this year. The decision for these not to go ahead was agreed by members as one of our 2022-23 budget saving proposals. There may be other displays in the borough organised by private businesses or the community.

It can be great having family and friends round for a private display, but you should make sure everybody stands well back and that pets are kept indoors when setting off fireworks. Always light fireworks at arm's length and if having a bonfire, ensure to build the stack so that it is stable and won't collapse to one side.

•   It is against the law to carry fireworks in public if you're under 18 •   Fireworks must not be sold to anyone who is under 18 •   It is an offence to let fireworks off during night hours (11pm to 7am), except on Bonfire Night (midnight), Diwali, New Year's Eve, and Chinese New Year (1am)

Heswall's Telegraph Road is worth at least £2,680 - in parking fines