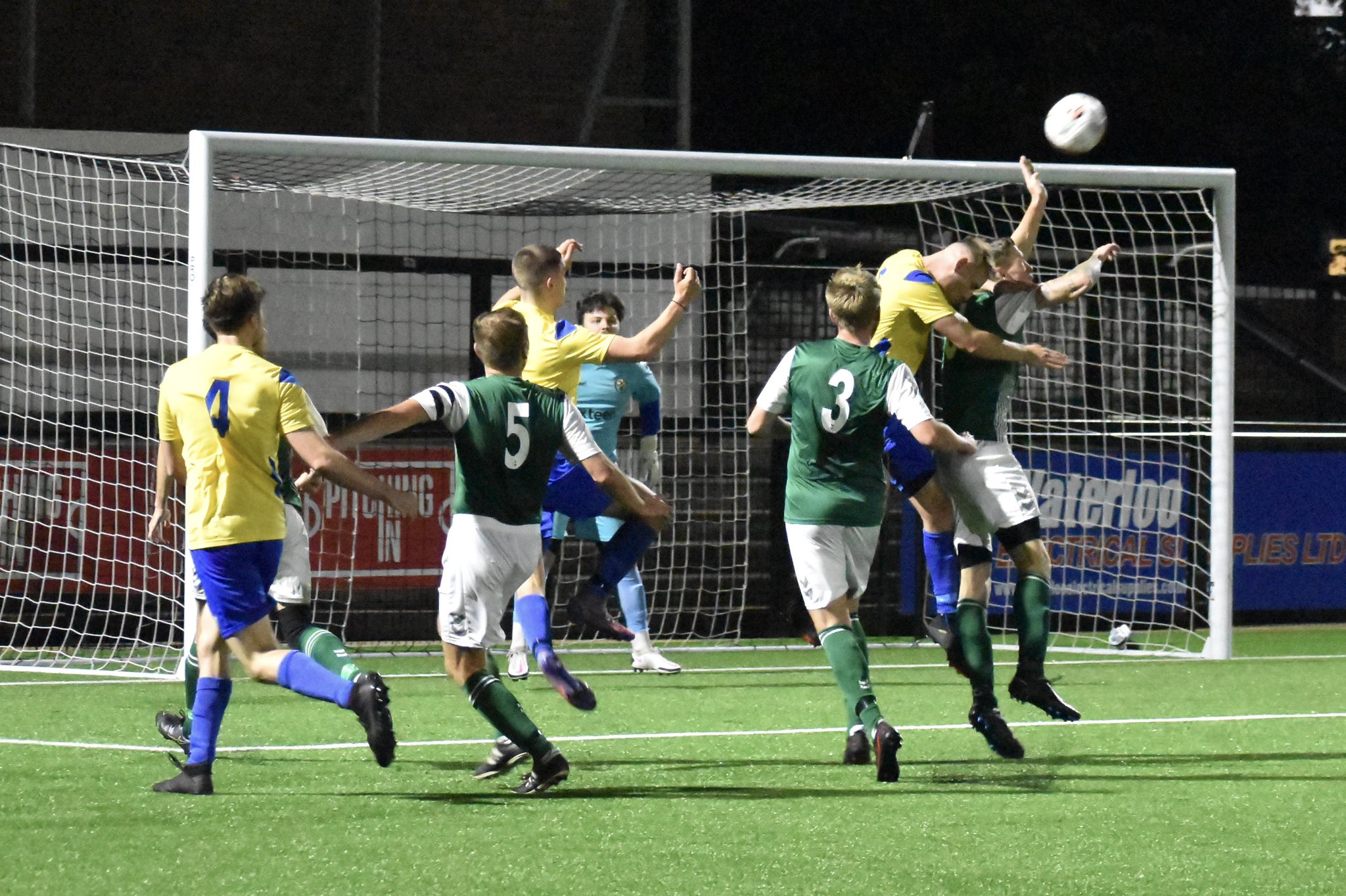 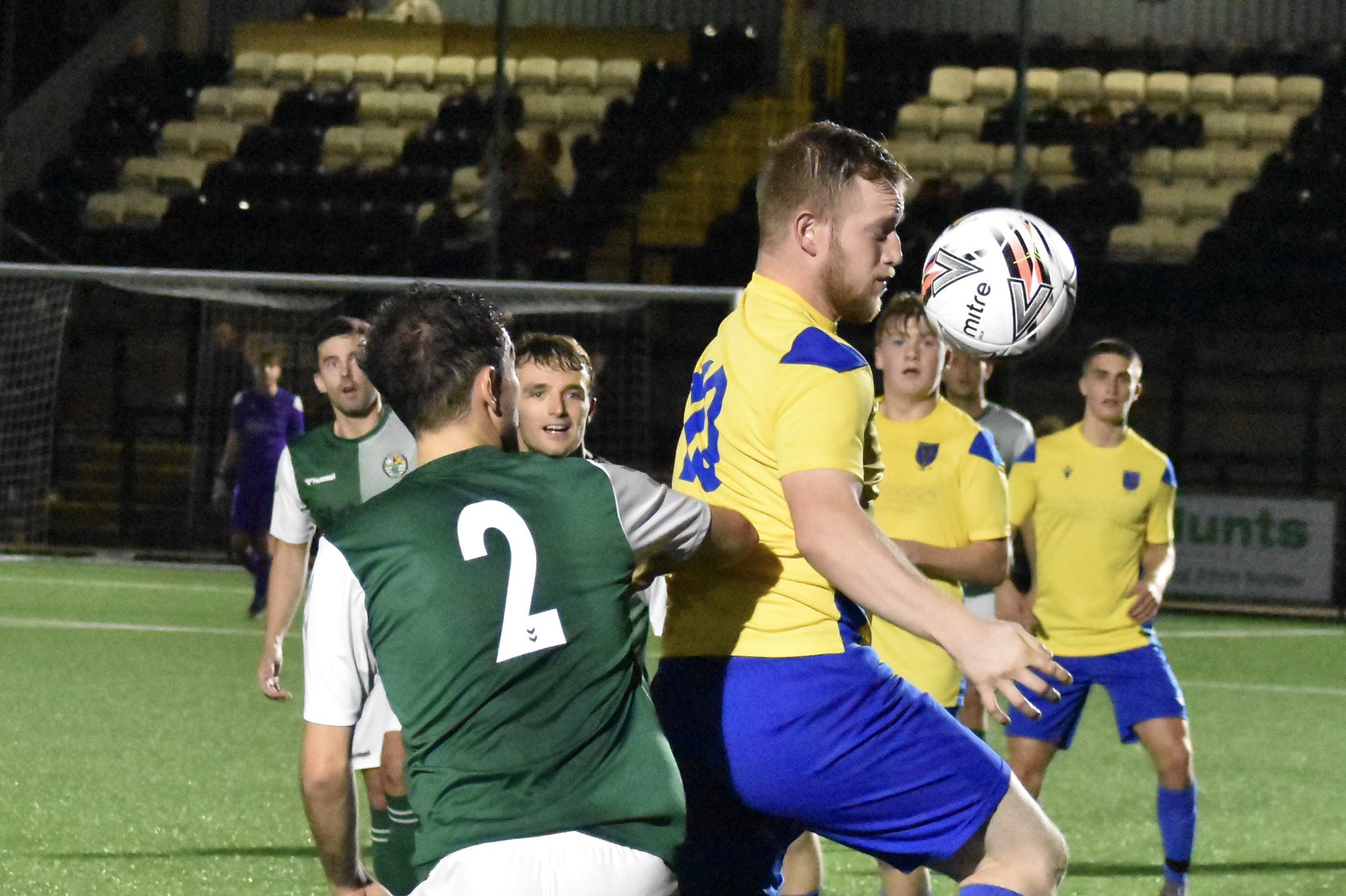 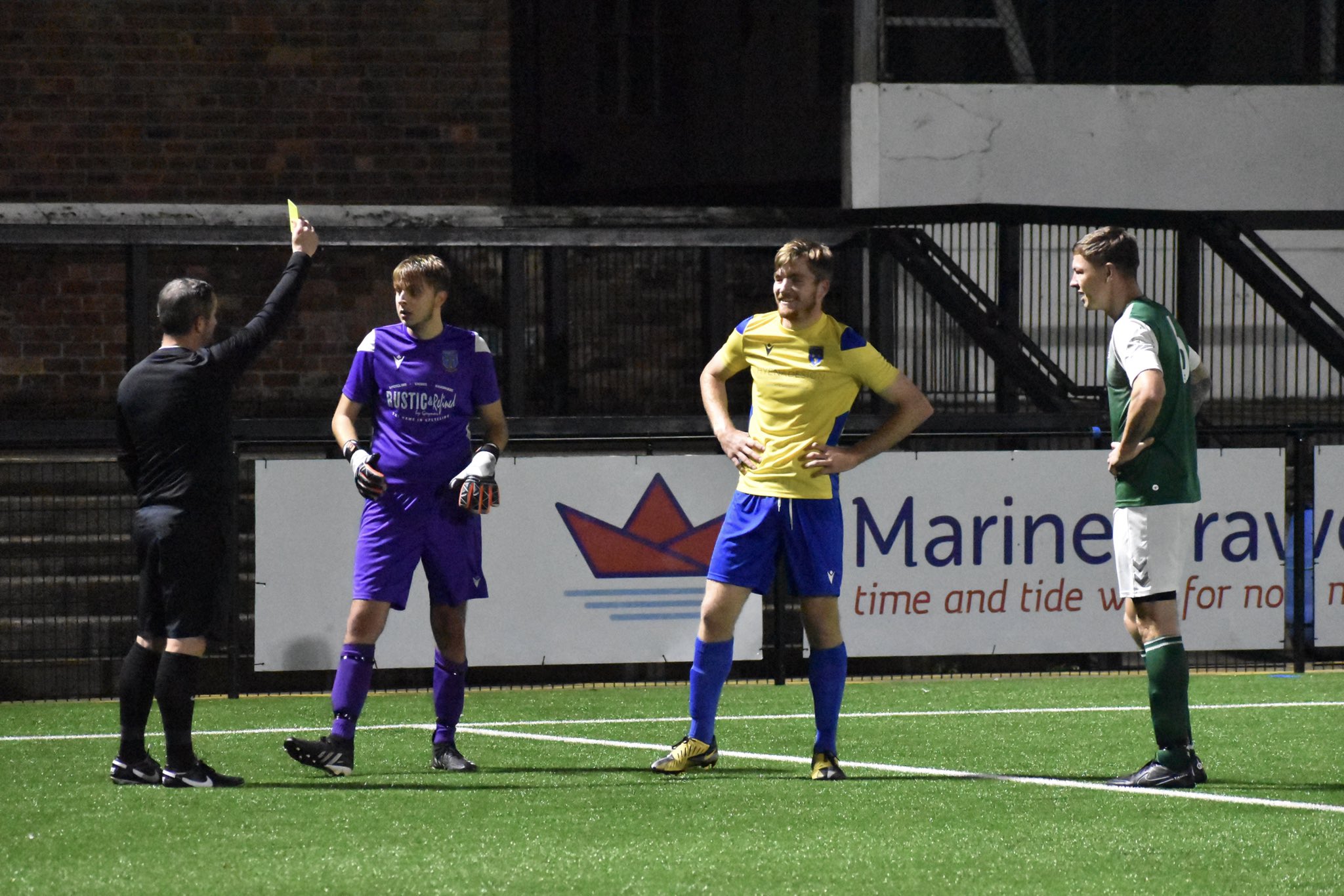 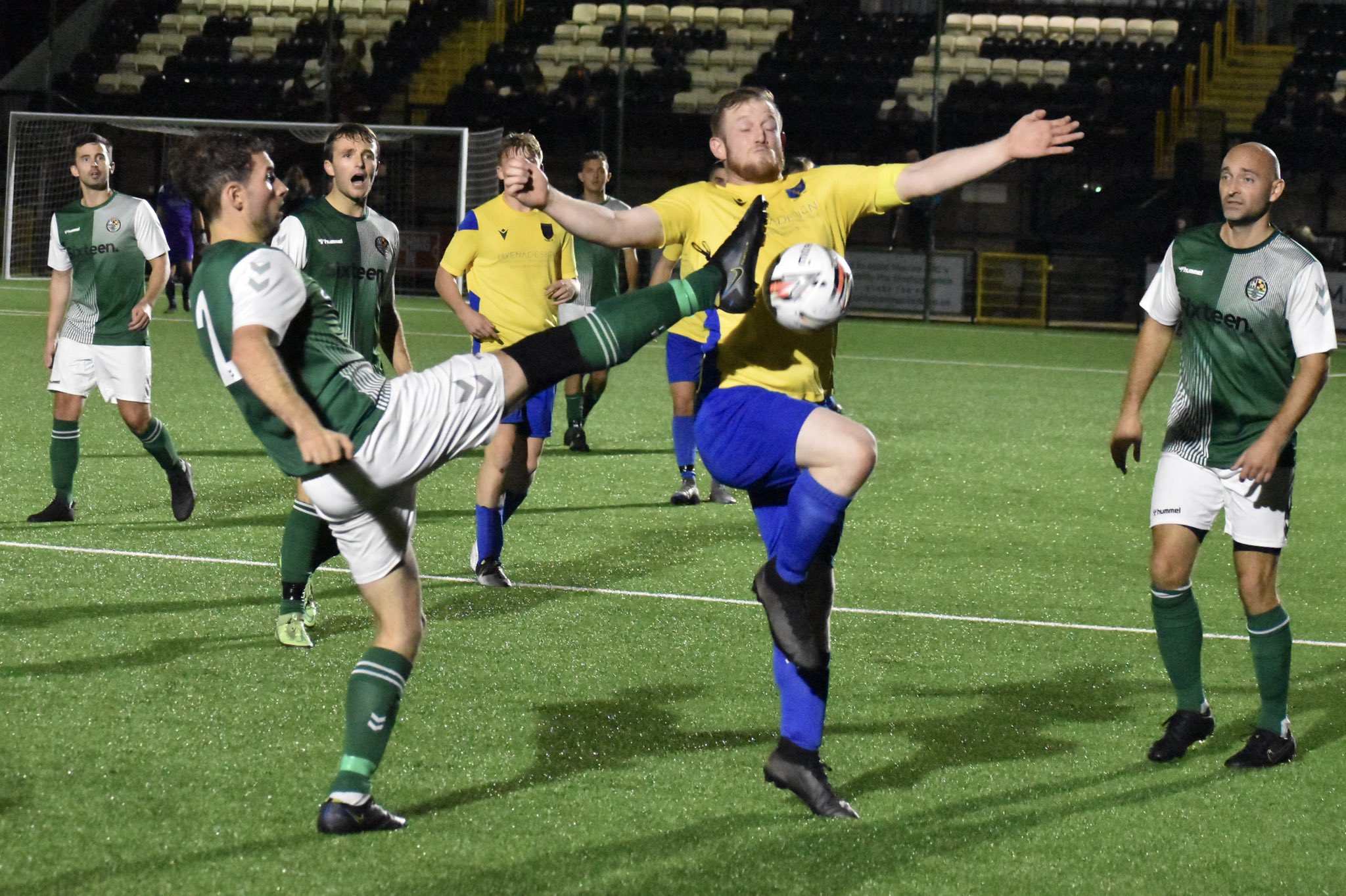 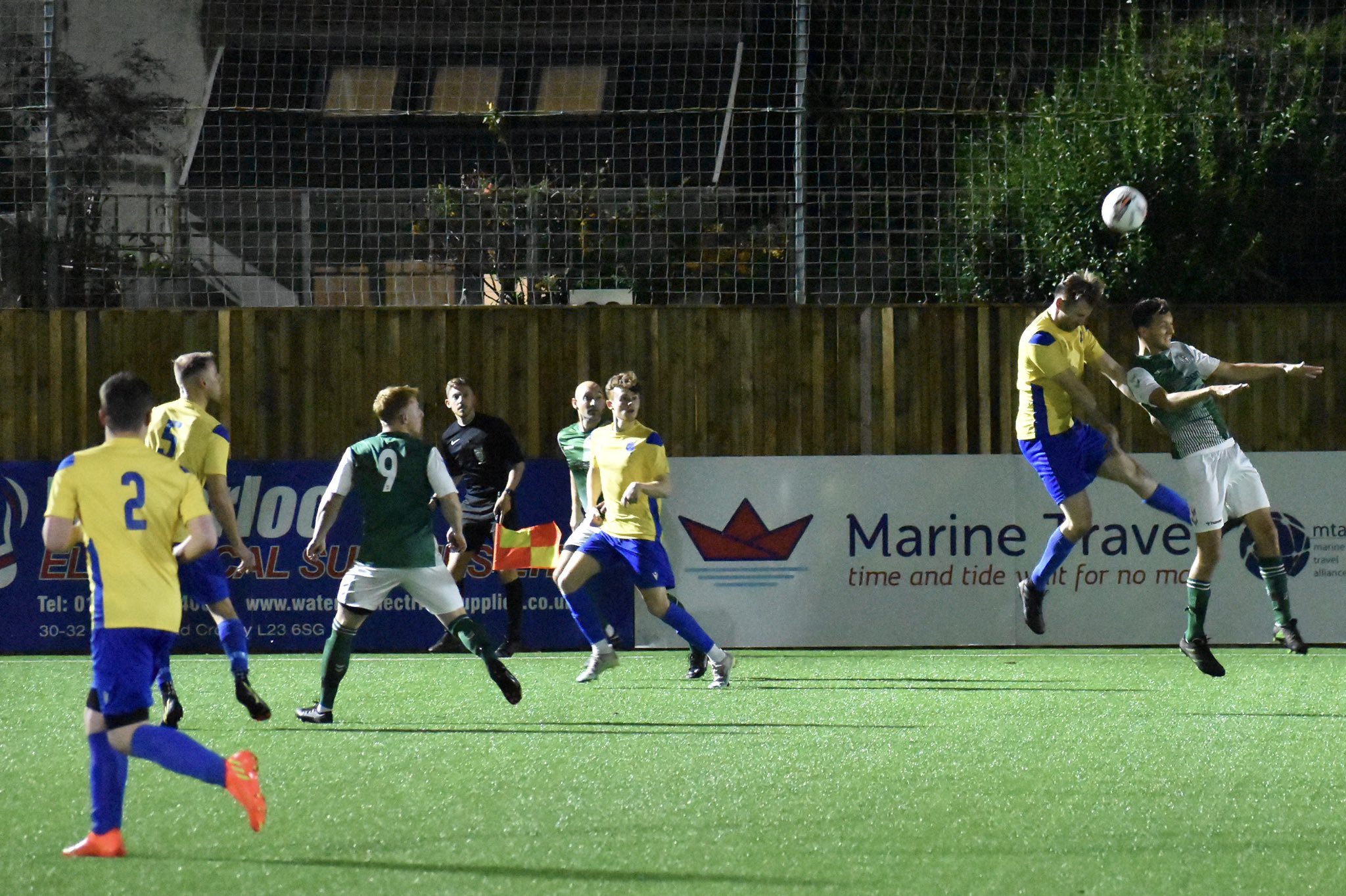 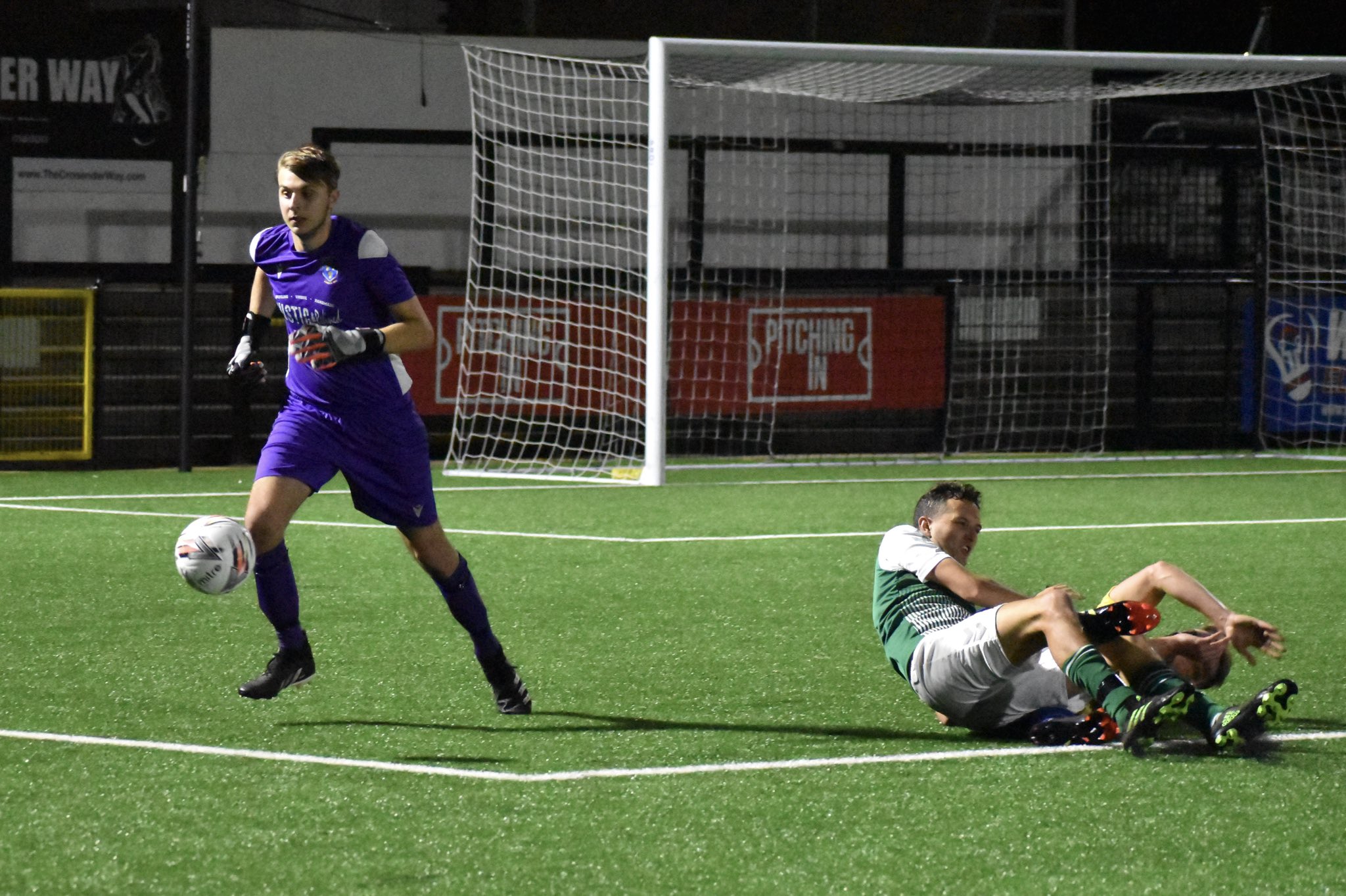 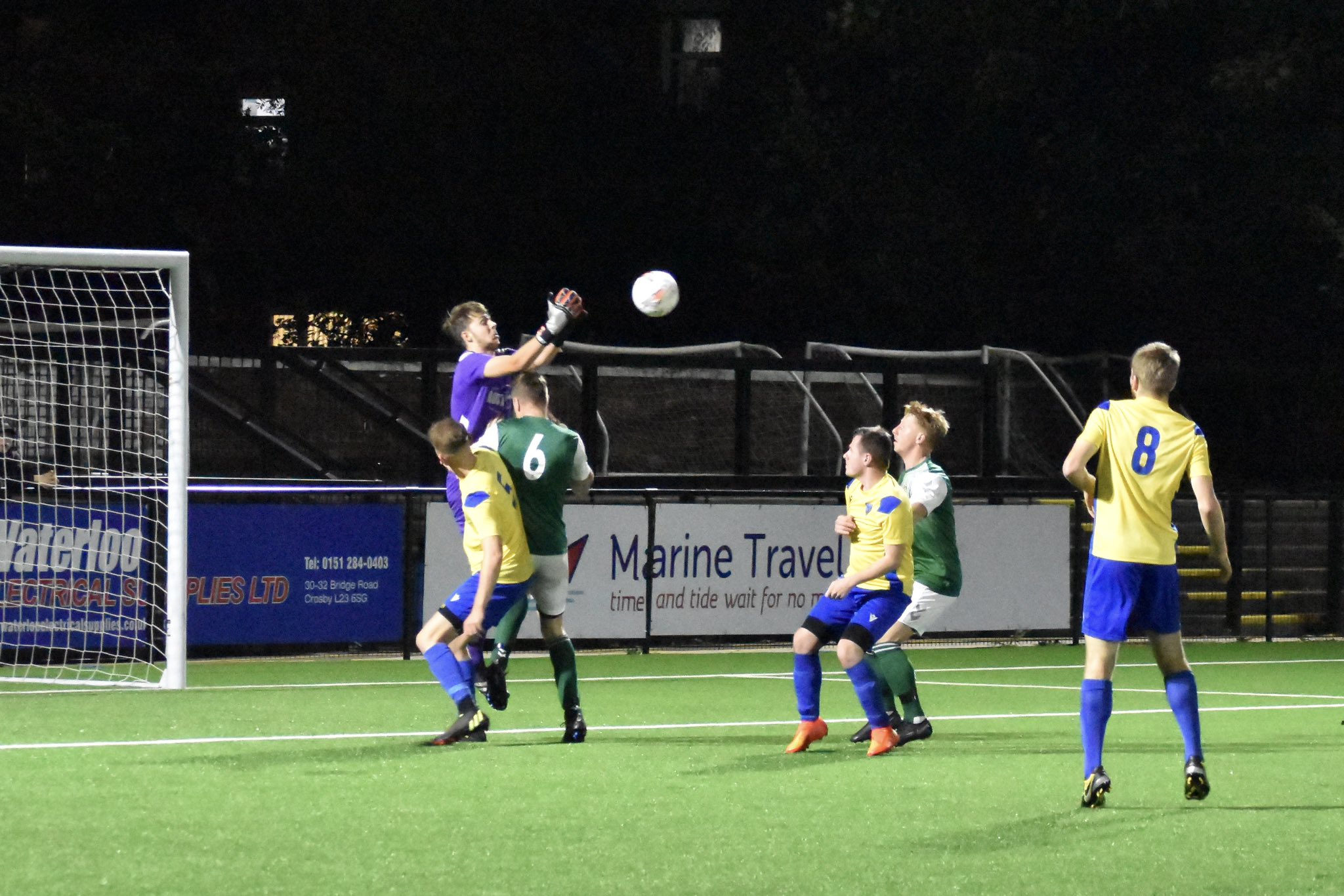 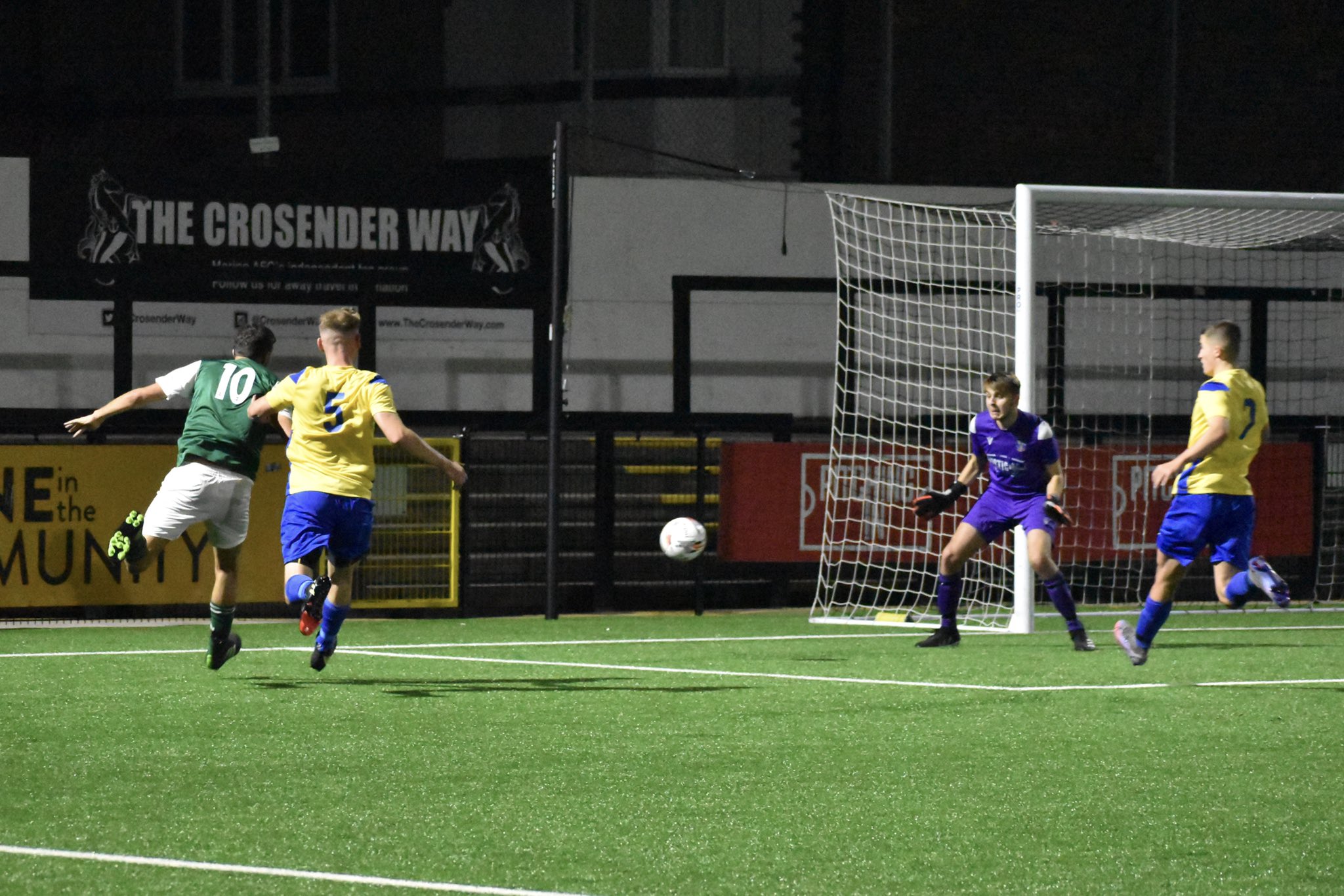 Above: FC Bootle vs Heswall - a gallery of pictures by Paul Moran

Our First Team was back in action last Friday night in Neil Sharpe's maiden outing as Heswall Manager alongside assistant Aaron Baird.

The task couldn't have been much tougher as we travelled to Crosby to face current West Cheshire League leaders FC Bootle at the MTA Arena, home of Marine FC.

A much changed side started the game on the front foot and we created several good chances which the Bootle keeper and the frame of the goal kept at bay. The performance was vastly improved and the lads seemed well up for it.

But after being the better side for over half an hour, a familiar scourge came back to haunt us when a defensive error resulted in Bootle taking the lead very much against the run of play.

With renewed belief in the camp, we continued to push on and trouble our high flying hosts - only for us to make another defensive howler which saw us go in at half time 2 – 0 down.

The quality in the hosts' team shone through in the second half and some more defensive lapses led to a further three goals and a heavy 5 – 0 defeat.

The score line doesn't however tell the full story, and if you can take positives from a loss, well, we walked away with plenty. The attitude and commitment of the players was tremendous and revealed a welcome glimpse of brighter days to come.

Our Reserve Team faced a big game on Saturday as we welcomed Chester Nomads to Gayton Park in a six pointer with our opponents lying only a couple of places above us. We started the game well and deservedly went ahead when Player/Assistant gaffer Kev Thompson rattled in a fine strike from 25 yards into the top corner. We looked good and primed to build on our lead, but Nomads had other ideas and soon equalised to peg us back. As the game moved into the second half it was skipper Sean Hogan who got the goal with a poacher's finish inside the six yard box.

With victory in our own hands for the second week running, the outcome was the same as we failed to hold. Nomads scored a perhaps deserved leveller and the game played out as a 2 – 2 draw. It was a result that did little for our league position but maintains our improvement made over recent weeks.

On Saturday the First Team travels to Maghull, while our Reserves host West Kirby Reserves at Gayton Park. Kick off is at 3pm and, as ever, the clubhouse will be open serving refreshments including our range of draught beers.

We look forward to giving a warm welcome to supporters. 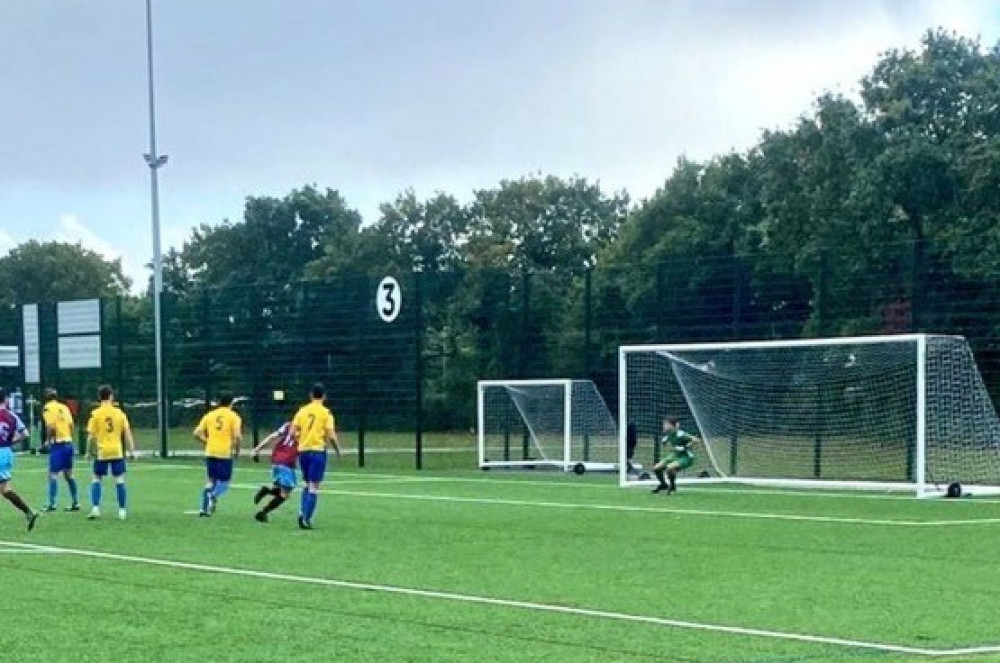 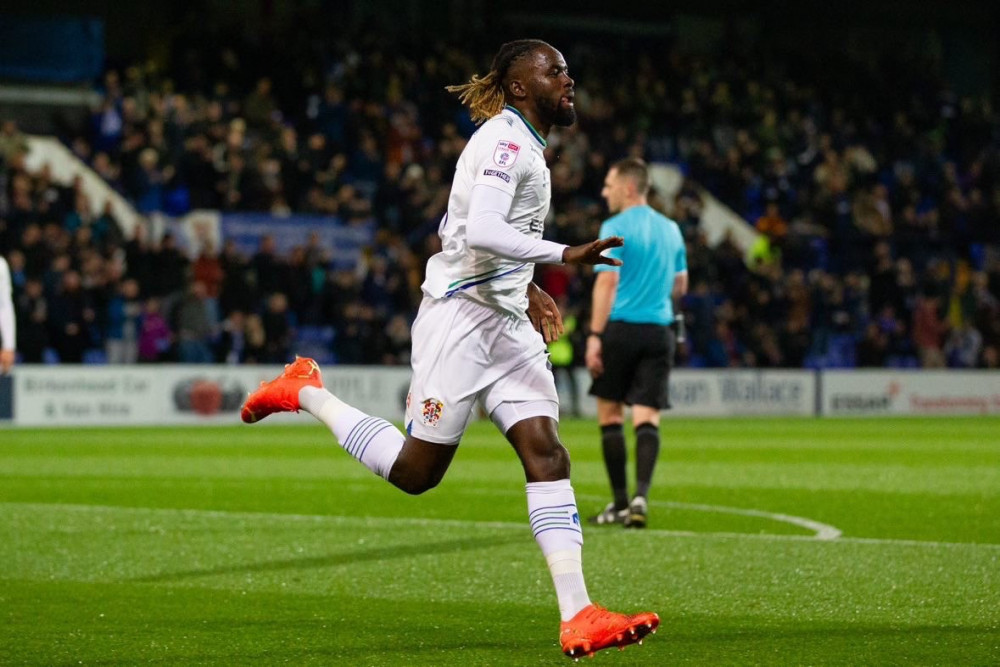