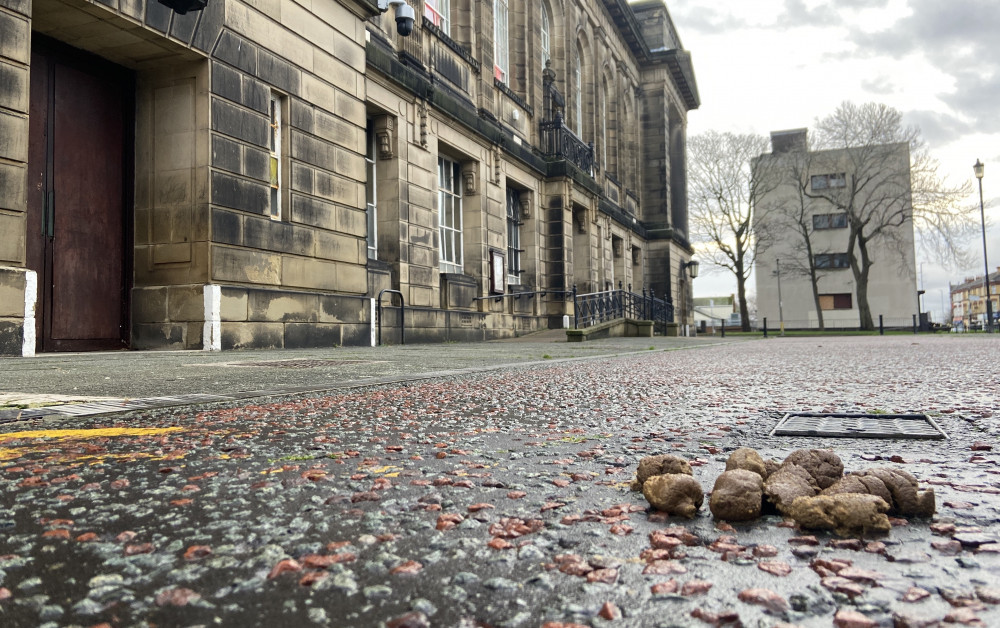 Even Wallasey Town Hall is not safe! Picture by Ed Barnes

People in Wirral who drop litter or fail to clean up dog waste could be targeted with tough fines.

They are part of budget proposals put forward by council officers as the cash-strapped authority tries to balance its books.

The proposals include cutting council services back as well as potentially closing ten libraries. Wirral Council is required by law to set a balanced budget before the next financial year in April.

Alongside this, the council is proposing ways to raise money from Council Tax changes which could increase by 5% and charges on second homes in 2024.

One proposal to increase income is to target dog fouling, litter, and fly tipping by bringing in an environmental enforcement scheme with fines generated through a contractor.

A council report proposed "a move back to enforcement action against increasing levels of environmental crime" adding it would raise £150,000 for the council.

People can currently report problems with dog waste through Wirral Council's website. In 2021, it was reported that online reports of dog foulding had increased by 23%.

In 2022, some of the hotspot areas included Wallasey, West Kirby, Tranmere, Heswall, and Moreton. It was reported no fines had been given out in the last two years.

Cllr Liz Grey, Chair of the local authority's Environment Committee, said: "Officers are suggesting it is worth considering introducing more robust enforcement. The council gets a lot of complaints from areas of the borough where dog fouling is a problem and it is a crime so offenders should be made to pay rather than ordinary taxpayers.

"It's important that we consider every means possible to clean up the borough and improve quality of life. However, it is essential that we do not repeat the mistakes of the past and officers would need to ensure that the system of robust enforcement did not target people inappropriately as was felt to be the case previously.

"It's important to consider all options at this stage and not rule anything out before we've had a proper debate."

Final decisions on the proposals put forward will be decided by councillors in committee meetings over January and February. The first decisions will be made this week.