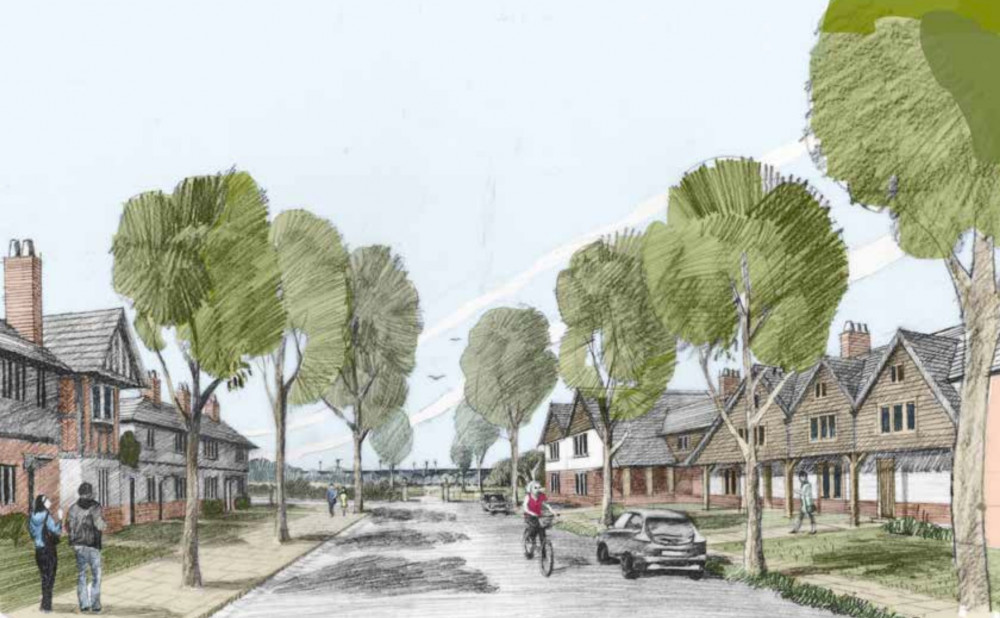 A major housing plan with designs on Irby looks set to be rejected after a long campaign by local residents and councillors.

The plan, which comes from Levehulme Estates, would see up to 290 homes built near Irby village, on what one councillor described as "some of the highest quality agricultural land in the country."

Leverhulme said it wants to "establish neighbourhoods which are distinctively Wirral with a beautiful and bespoke character."

This seventh application has been recommended for refusal by Wirral Councillors when the planning committee meets on October 24.

This application alone has received 337 letters objecting and two petitions with over 1,600 signatures.

Cllr Mike Collins, who represents Pensby and Thingwall, said he has repeatedly asked for Leverhulme to meet with residents. He said: "At the end of the day whatever happens they need to understand what residents of Wirral want and the effect the applications have had on them.

He criticised the use of web-based consultations by Leverhulme adding, "there are lots of people who do not use online consultations and Leverhulme should have the ability to meet with residents. All developers need to be talking to people and not making assumptions on what the residents want."

Leverhulme Estate argues the houses will "create beautiful places which enhance their surroundings" on "leafy streets with generous gardens" and "has the potential to offer a highly attractive living environment."

Cllr Collins views the houses as harmful to Wirral's countryside. He said: "Are we going to destroy agricultural land for houses we do not need in places we do not need for short sighted gains?"

Objections to the report say it would merge the villages of Irby and Thingwall together, close off wildlife corridors and will have a negative impact "on the Lever family legacy on the Wirral."

A council report said it would result in the loss of 16 hectares of agricultural land, nearly 60% of which is considered "best and most versatile." This is higher than the national average.

While existing trees and hedgerows will largely be maintained, the report said: "The proposal will have an unacceptable, negative impact on this rural, agricultural location from a landscape perspective and its setting, and is therefore not compliant with the relevant policies in the Development Plan."

It also said not enough information had been provided on transport, sports facilities, as well as the environmental impact of the houses.

The report said: "The application fails to demonstrate how it would protect and enhance the biodiversity and geodiversity of the borough, especially those areas designated as of international, national and local importance, due to a lack of information submitted.

"It has therefore not been demonstrated that there would be no unacceptable harm to any protected species, wildlife diversity and protect ecological sites."

The report also said that there was not enough information on sustainable travel such as walking and cycle routes and "as a consequence it is considered that the development will become car dominated." The report said the transport assessment submitted by Leverhulme did not "adequately assess" the impact these cars could have on nearby streets and M53 junctions.

Leverhulme Estate has the right to appeal the decisions on any of its applications. An application for a new green space, intended to support the applications, is still being considered by the Council and an eighth housing application for up to 240 homes is expected later this year.

Millions invited to take part in Your Future Health, a massive project which could protect your own well-being and that of countless others