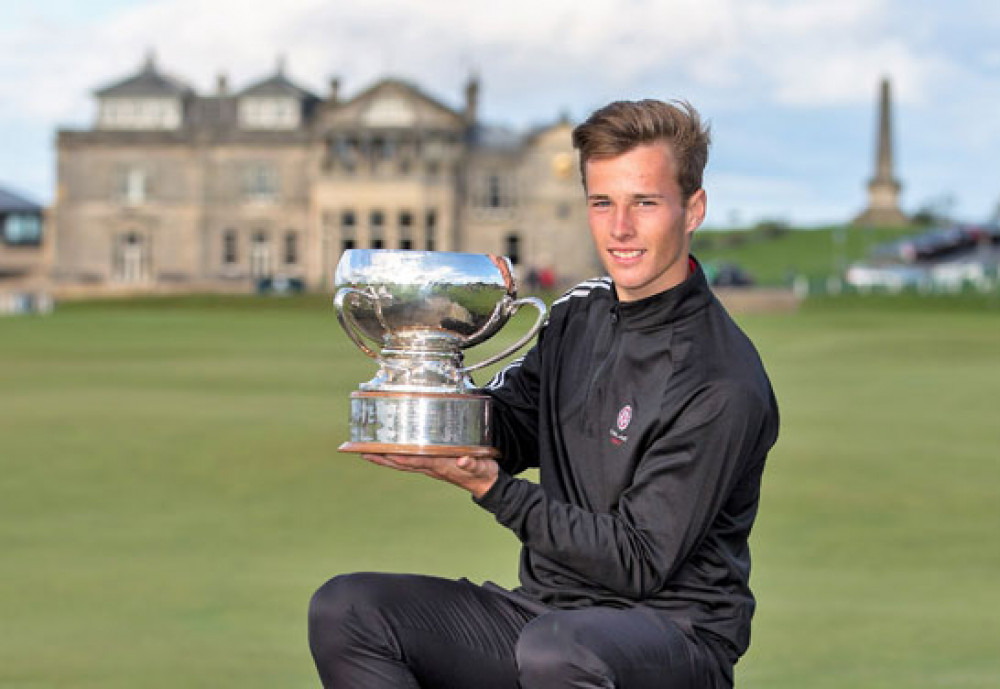 Today is the second practice day for the 150th Open golf championship at St Andrews, Scotland's 'Home of Golf'.

Among those getting to grips with the famous links course, which promises to be hard and fast as the hot weather continues, will be Hoylake's Matt Jordan, the 26 year old professional who qualified for what is arguably golf's greatest tournament by finishing third at St Anne's Old Links where four Open slots were up for grabs.

Matt had rounds of 69 and 68 for a seven under par total, only one behind joint winners Marcus Armitage and amateur Sam Bairstow.

Matt could have endured a play-off, but a closing birdie on the final green followed a 250 yard three wood into the heart of the green which he described as "pretty much the perfect shot".

Of making it to the landmark and historic championship on the Old Course Matt said: ""It feels brilliant – something that I've wanted for a long time now and obviously the 150th Open at St Andrews is the cherry on top! I love the place!"

No wonder. Five years ago Matt won the St Andrews Links Trophy, one of the amateur game's most prestigious titles. So he knows the course and how to win there, but is under no illusions about the scale of the challenge that gets underway on Thursday. "As well as the Links Trophy, when I've played in the Dunhill at St Andrews I had two good rounds - but it's going to be on another level with all the spectator stands and everything else that goes on." 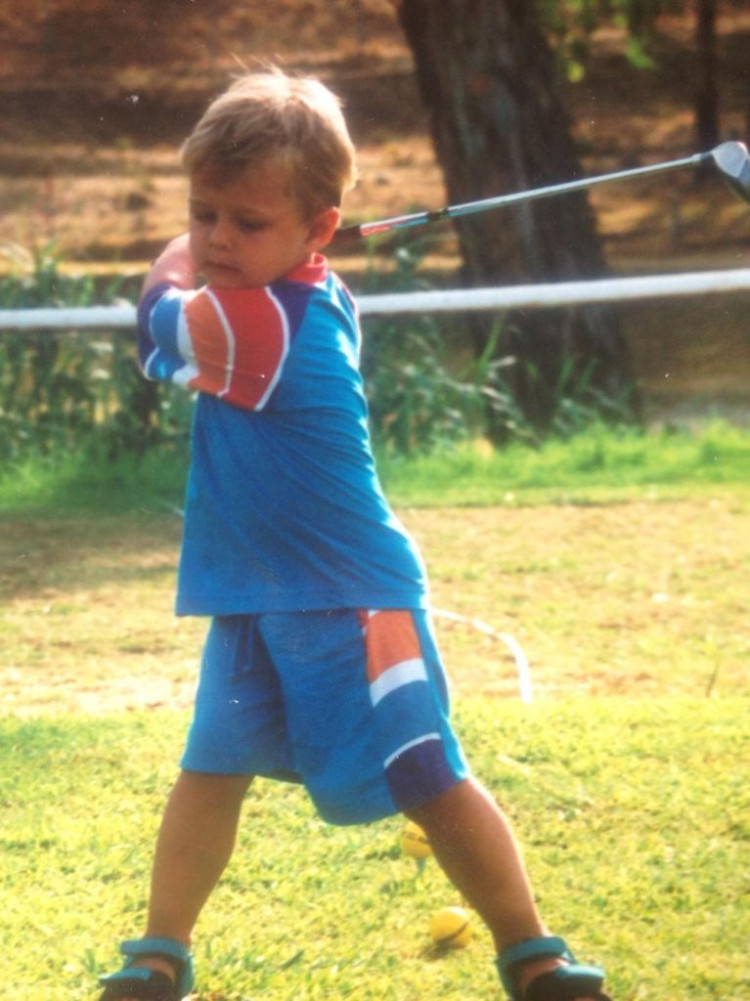 Growing up in Hoylake, home of Royal Liverpool Golf Club to which The Open returns next year, Matt was not short of opportunities to meet inspirational role models.

He remembers that, as a ten year-old, he was obsessed when Tiger Woods gave a ball-striking masterclass to win the 2006 Open Championship. Taking his driver out of the bag just once, Woods navigated his way carefully around the lightning fast course, baked brown by a heatwave, relying on guile and imagination to secure a memorable victory.

"I got Adam Scott's ball on a practice round," said Matt, "and I got Phil Mickelson's autograph and Sergio Garcia's too.

"I didn't get Tiger's – I just froze when he walked past and I didn't have the courage to ask!"

Matt has the chance to put that right over the coming week - Tiger, winner at St Andrews in 2000 and 2005, will be gracing the 150th Open with his iconic presence on a course which values talent more highly than power.

It's impossible to predict the winner, but here's wishing Matt Jordan all the very best.

Incidentally, the application window for tickets to the Hoylake Open next year closes on July 20th. To find out more and take part in the ticket ballot, please click or tap here. 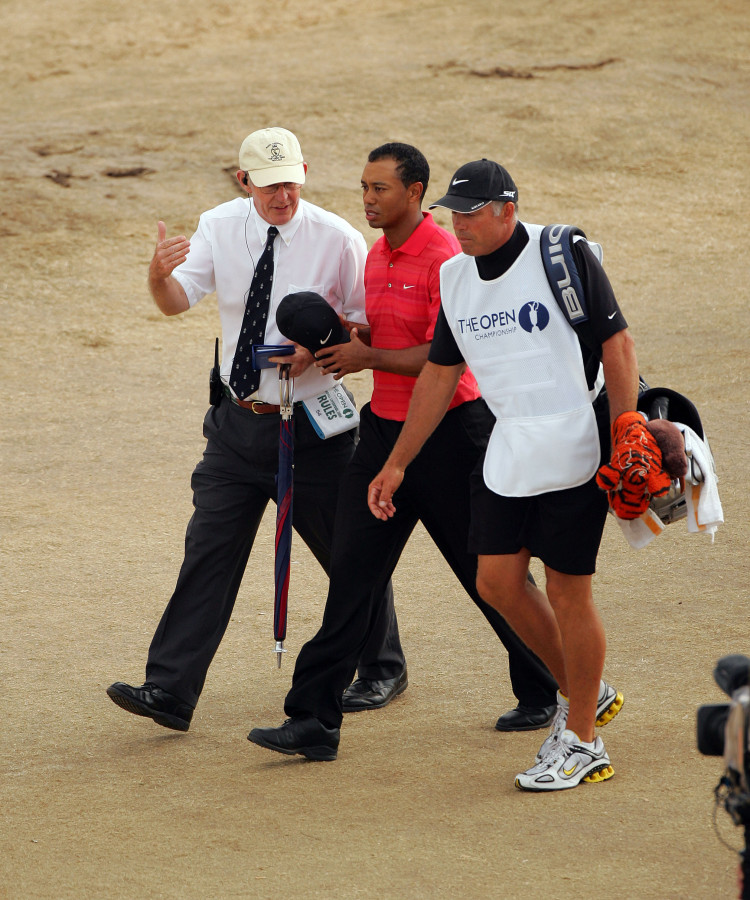 Tiger Woods on his way to victory at Hoylake in 2006 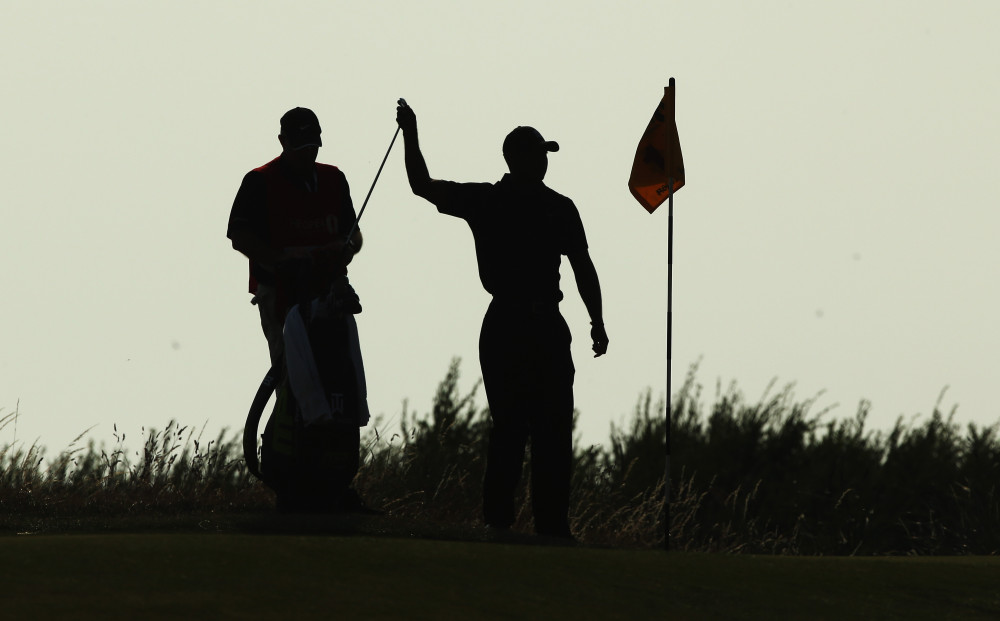