West Kirby: fears that maybe a dozen businesses could go to the wall... 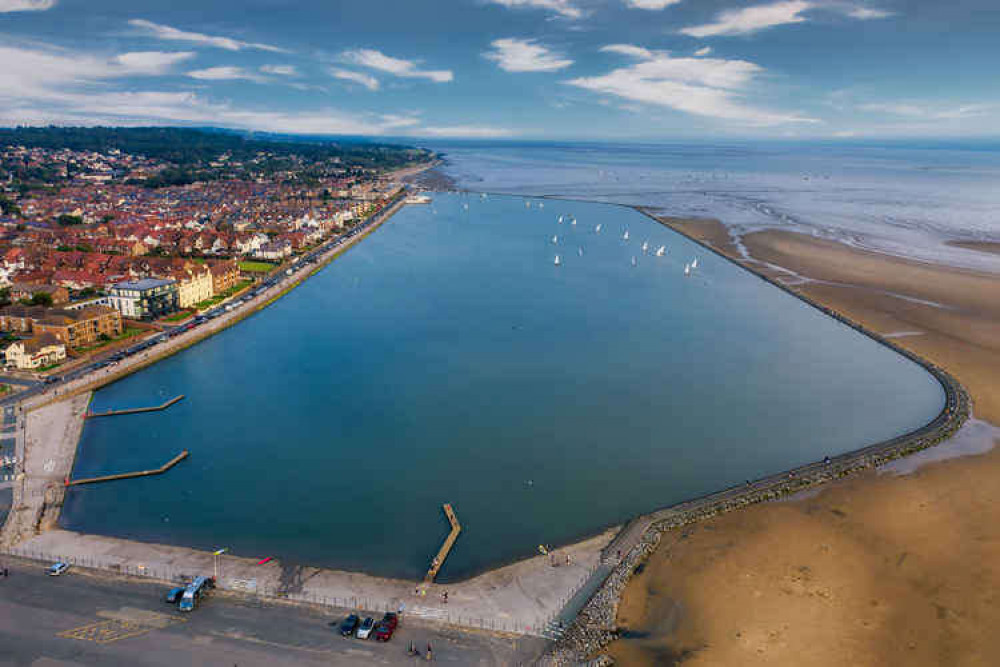 Fears "a dozen businesses" could go under have prompted calls for people to keep visiting West Kirby over the winter.

Businesses in the town are asking for people to shop local this Christmas after some say they've seen huge drops in numbers since construction of a controversial seawall began in June this year.

The West Kirby flood alleviation scheme is intended to protect the town in Wirral from future storm surges with Wirral Council arguing it could save lives. Running for more than a kilometre, it is designed to act as a barrier to flood waters and parking spaces will come back once construction is completed.

The current cost of the scheme has now risen to more than £10m with the latest figure putting it at £10.15m. Most of the funding has come from central government.

It is expected to be completed by spring 2023 with an aim for half of the wall to be finished from Riversdale Road to Church Road by Christmas.

While the construction was recently given an indepedent outstanding score, it has been controversial among locals and resulted in the temporary loss of a car park and street parking along South Promenade next to the town's marine lake.

Hannah Cleator, the manager of Tanskeys Bistro opposite the building works, said: "Things had gone downhill but we are very lucky we have a few customers who are very loyal.

"We just need people to keep coming in throughout the winter and the new year. Please do not forget about us. We are still here working hard and providing the same service for everyone."

Over the summer, Mrs Cleator said they had lost about 80% of their customers as a result of the construction and could close. She, and other businesses recently met with council workers to discuss their concerns.

Mrs Cleator said she was now feeling more positive: "The end is in sight. They have assured me that it will be completed by March and I am looking forward to a more optimistic, better spring ahead."

Cllr Andrew Gardner, who represents part of West Kirby, said the impacts had been felt widely. He said one hairdresser in the town had lost three customers in one day because people weren't able to find a parking space in the town.

Cllr Gardner said the impact was definitely related to the sea wall: "I speak to the traders in Hoylake and they're not having a fantastic time because of the national situation but they're okay.

"Heswall traders, they're also okay but West Kirby is really feeling the pain and you know I don't want to come out the other side of the winter having lost a dozen businesses."

Wirral Council is now looking to encourage people to visit the town and shop locally through a campaign. The park behind Tanskeys will be lit up at night so people can get home safely.

Car parking spaces have been made available for free at the sailing club car park and the campaign will highlight Merseyrail transport connections to Liverpool, bus routes and for people park at the West Kirby Concourse.

Cllr Gardner, as well as West Kirby councillor Jenny Johnson, said they had met with the council to ask if more support is given to West Kirby until construction is completed.

"We know some businesses are really on the edge, we are urging the Council to implement better signage and control for parking, highlight and prosper events and run a strong shop local message this Christmas and beyond."

She said because parking isn't available on the front, other streets in the town are full of cars which is causing its own issues. She said: "Everything comes back to our ability to park, particularly for the elderly or infirm" and wants people to be respectful when visiting the town

Once the wall is completed, Cllr Johnson the town will make a comeback to capitalise on events like Eurovision and the 151st Open at the Royal Liverpool Golf Club.

Tanskeys will be running wine tasting and Father Christmas events as well as movie nights in the run up to Christmas. Mrs Cleator said: "I'm sure people will come down to look at the wall when it's done. People are showing their support and I'm really grateful for that."

Hoylake beach: the results of a large scale public consultation are in