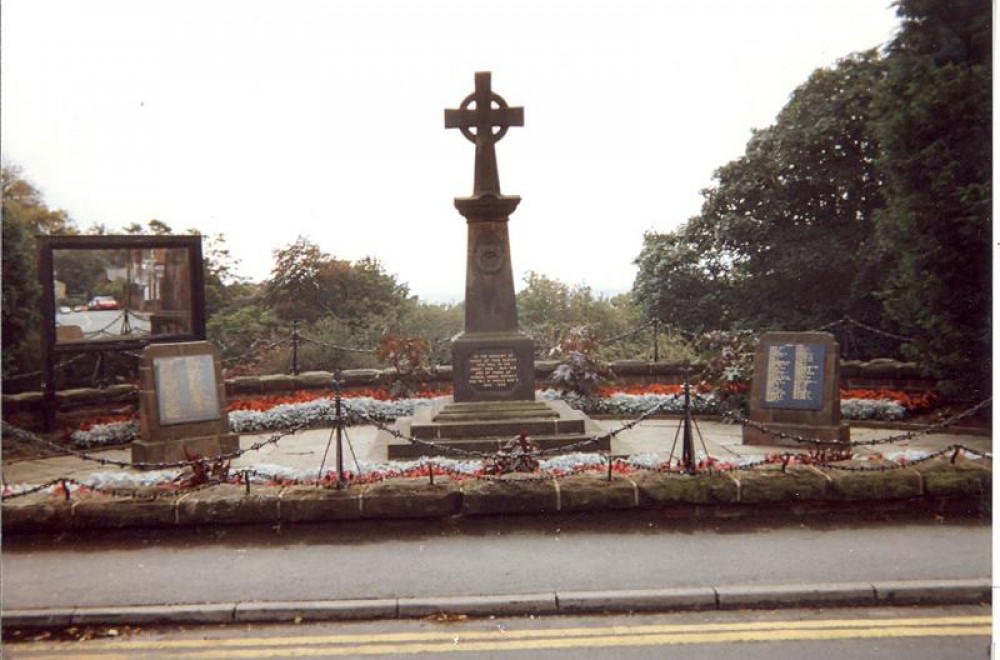 At 10.30am that day there will be a service at St. Peter's Church in Lower Heswall, followed by a wreath laying ceremony at the Cenotaph at the top of School Hill, close to the Dee View and Dawstone Park.

People living in or close to Thornton Hough can pay their respects to those who served and those who fell at 2.00pm at the village's war memorial. There will be a service and parade.

At 10.30 in West Kirby the setting is the memorial on Grange Hill. 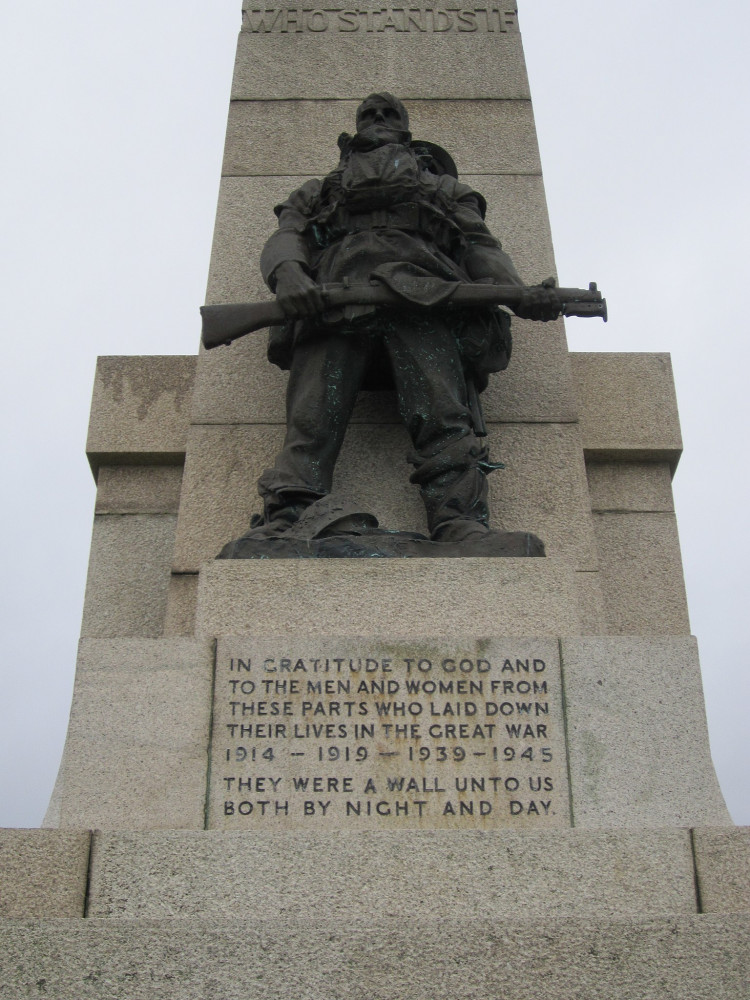 The Tommy in West Kirby - Photograph by Rept0n1x

Incidentally, the West Kirby and Hoylake Memorial on Grange Hill is notable for the magnificent statue of a British World War One Tommy by Charles Sergeant Jagger. Jagger also designed the Royal Artillery Memorial at Hyde Park Corner in London.

Standing within a walled garden, and made from red sandstone, Heswall's war memorial was unveiled in 1924. It stands on a base forming three steps, and is topped by a plain Celtic cross. On the front of the column is a carved wreath. On the sides of the plinth you can read the names of those who fell in World War One, while two stones with plaques bear the names of those who died in World War Two.

In Birkenhead, the Mayor of Wirral, Councillor Jeff Green, will lead the Civic Service, which starts at 10.55am at the Cenotaph in Hamilton Square.

He will be joined by His Majesty The King's representative, Deputy Lieutenant Nigel Lanceley, along with other civic dignitaries and representatives from the armed forces, veterans groups, cadets and the emergency services.

The Mayor will then travel to Thornton Hough to join the village's commemoration.

The Mayor said: "Every year thousands of people come together at war memorials in towns and villages across Wirral to share a few moments of reflection and show their appreciation for all those who have defended our freedoms and protected our way of life.

"Those services are only possible thanks to the hard work of the many volunteers who organise and take part in them, so we all owe them our gratitude.

"After attending the service at Grange Hill in West Kirby for around 30 years, this year I have the great honour of laying a wreath on behalf of the people of Wirral at the Civic Service in Hamilton Square.

"I do hope that as many people as possible will join me in Birkenhead or attend one of the many other services taking place across our borough."

If you would like to read our story about a film based on letters written in France in 1916 by the relative of a Heswall resident, please click or tap here.

The other Remembrance Sunday services in Wirral:

10.00am: Bebington - Christ Church, Kings Road followed by a service at the Higher Bebington Royal British Legion at 12 noon.

10.00am: Upton - Service at St. Stephen's Church followed by wreath laying at the war memorial outside the library at 10.45am

10.15am: Bidston - St. Oswald's Church followed by wreath laying at the war memorial

10.15am: Bromborough - Service at St. Barnabas Church followed by the Act of Remembrance and wreath laying at the war memorial (at 10.55am)

10.15am: Wallasey - The Parade will leave from outside the Egremont Ferry Pub for the service at the War Memorial, Magazines Promenade, New Brighton

10.35: Moreton - The Cenotaph (Corner of Maryland Lane and Pasture Road)

10.45am: Prenton - War Memorial at junction of Osmaston Road and Prenton Lane